At 11:00 a.m. Swiss time, on June 29th, 2022, the press conference of the worldwide launch of the 1st Contest of OLYMP'ARTS 2023, took place at the Palais des Nations in Geneva, Switzerland, the European headquarters of the United Nations. 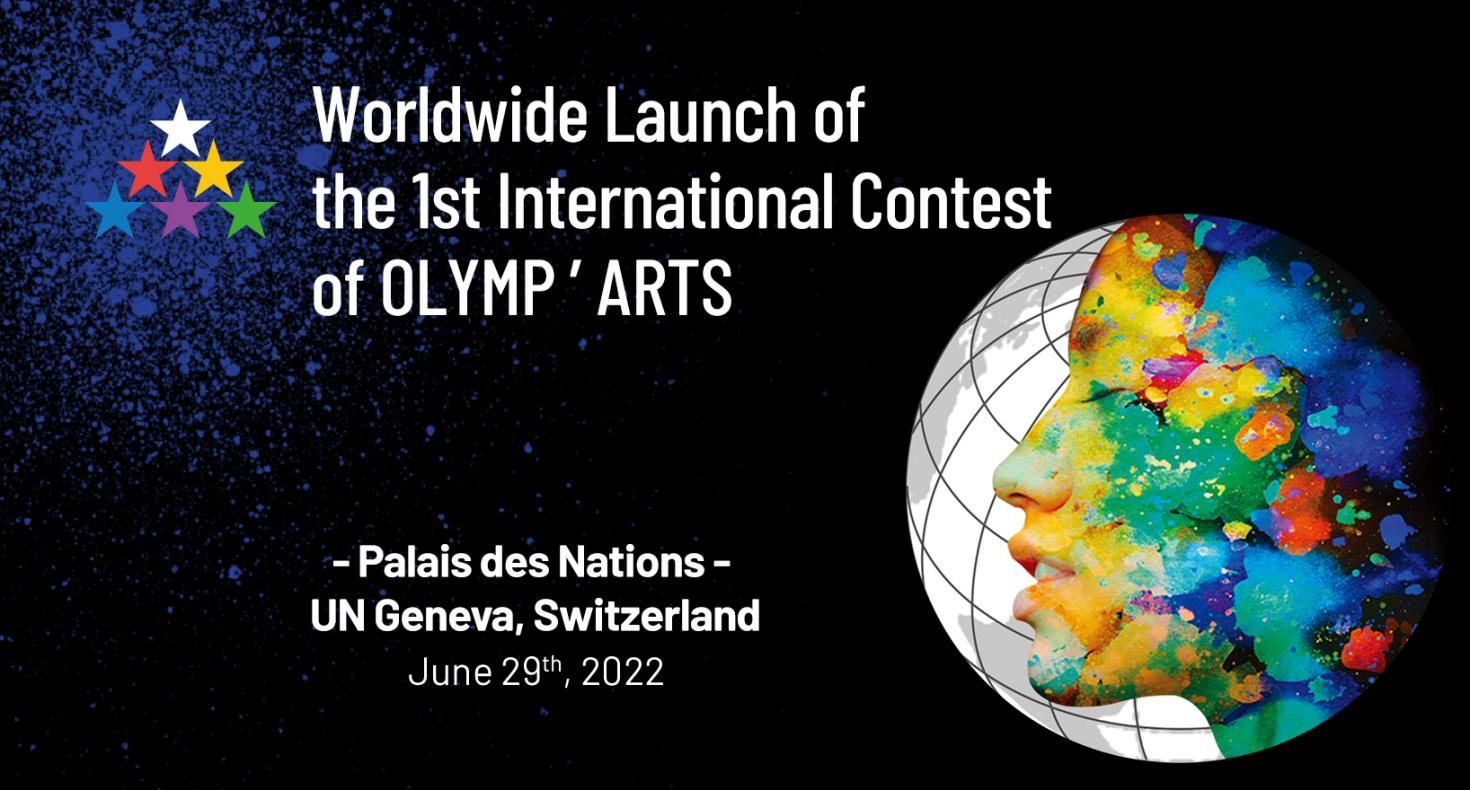 The press conference was attended by the following key members: Mr.Marc Verriere, Founding President of the IOAC (International OLYMP'ARTS  Committee), Ms.Rachel Qin, Executive President, and other members of the Executive Board, as well as members of some international organizations, renowned artists and representatives of the international media. This press conference mainly focused on the history and development of the IOAC and the preparations for the 1st International Contest of OLYMP'ARTS and was open to organizations and members of the public and artists who are interested in and supportive of OLYMP'ARTS worldwide, as well as to the media for questions and interviews. 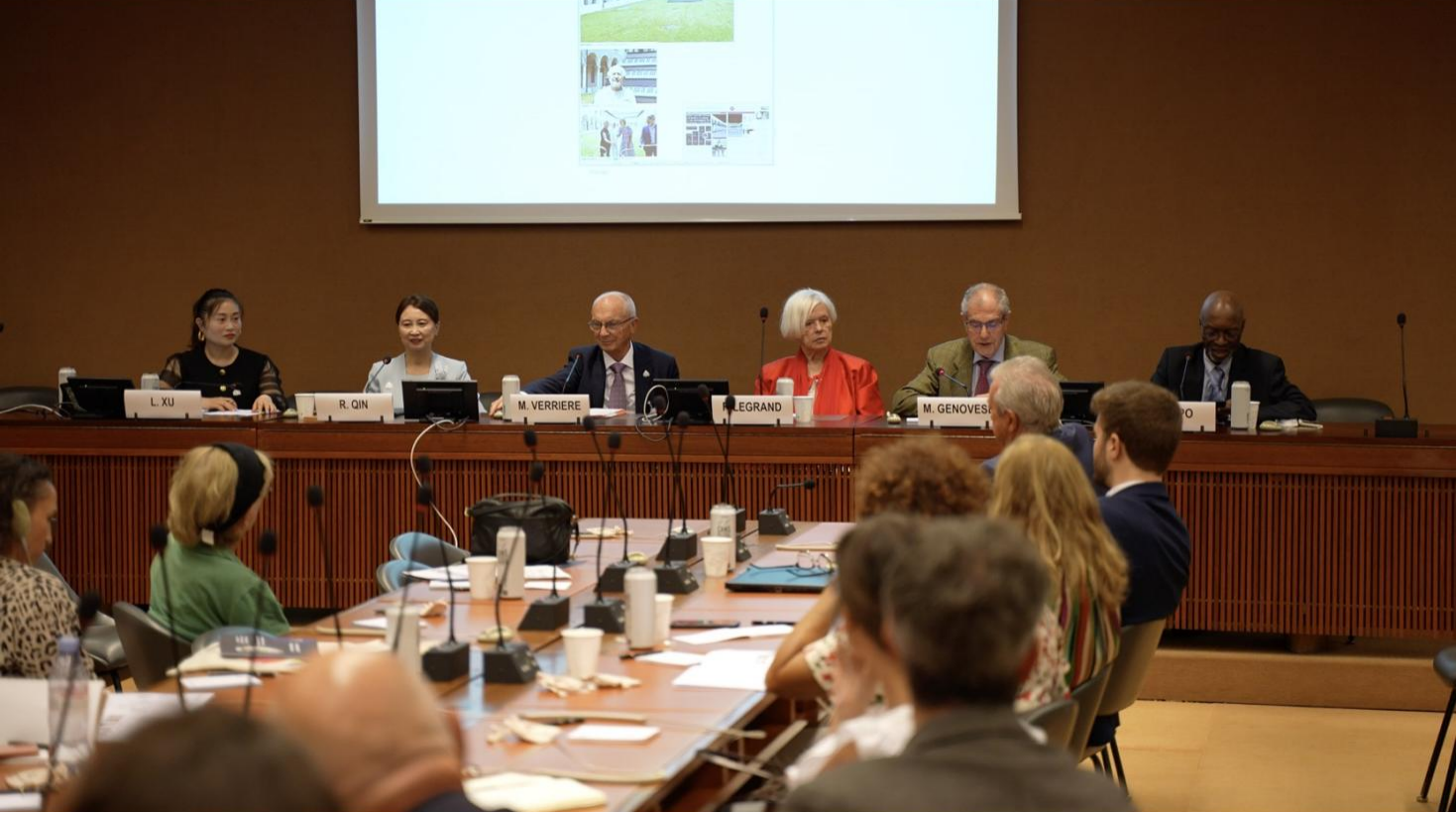 Conference site (from left to right)

The world today is undergoing the greatest change in a century, full of both hope and challenges, thus the importance of promoting cultural exchange and mutual appreciation among people has become even more prominent. The IOAC, from a new historical starting point, hopes to spread the ideas of universality, non-violence and harmony of the OLYMP'ARTS to all parts of the world, and is convinced that the power of art can transcend national boundaries, races and religious beliefs, so that the OLYMP'ARTS would become the common treasure of all humanity, making OLYMP'ARTS a spiritual treasure cherished by all mankind. 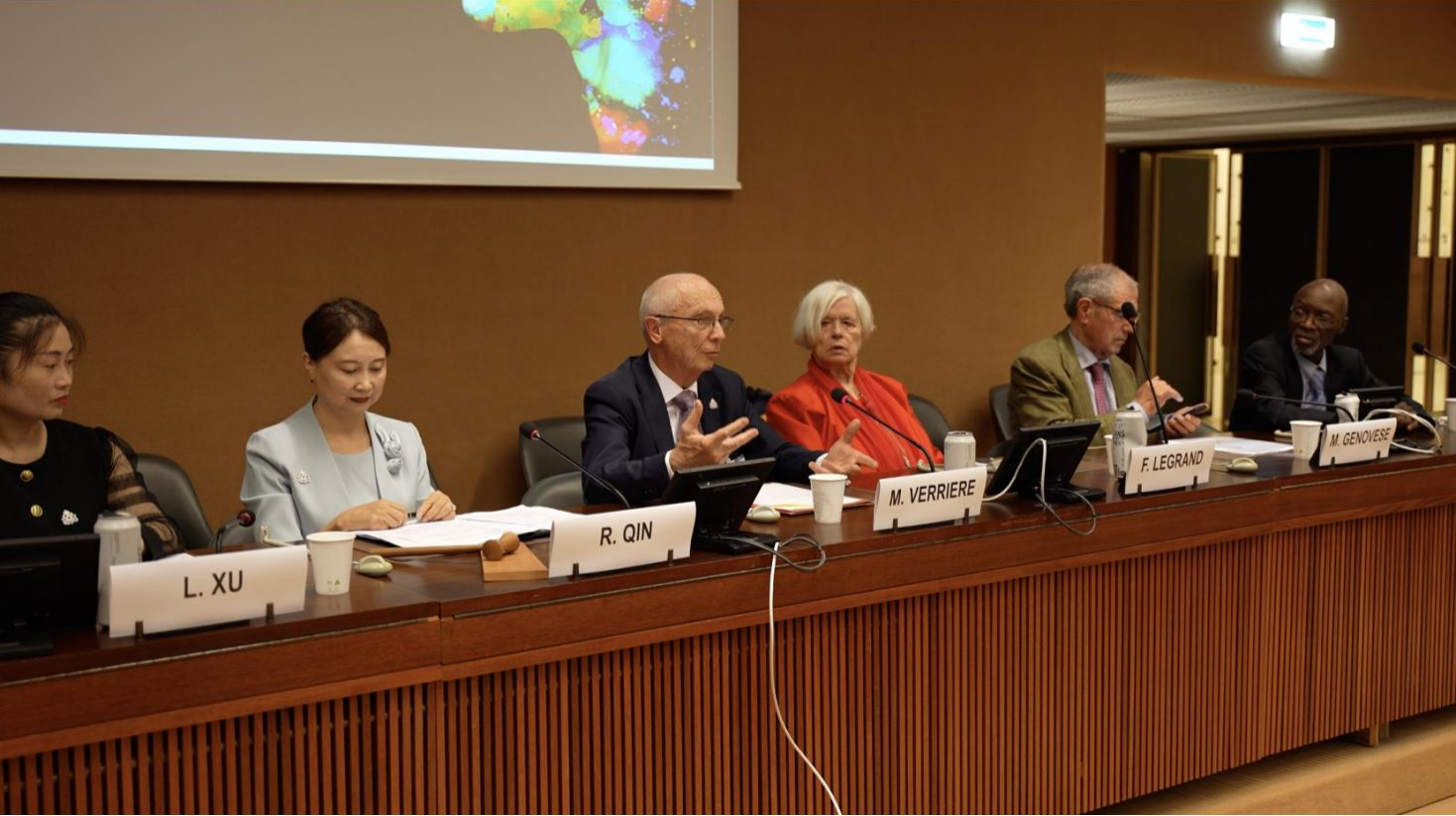 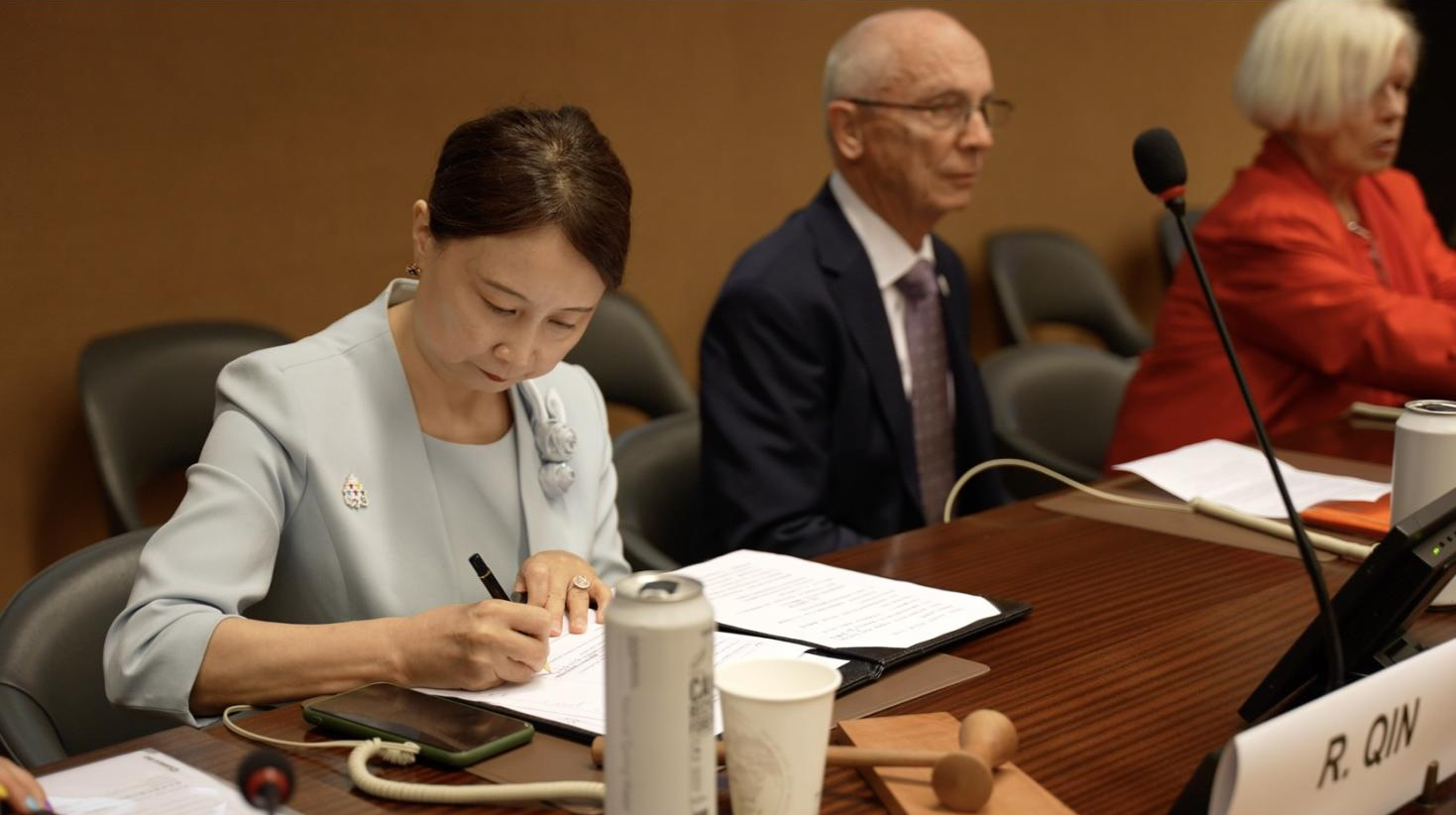 Ms.Rachel Qin, Executive President of the IOAC, delivered a speech in which she said that the mission of the IOAC is to promote the OLYMP'ARTS throughout the world and to lead the organization of the OLYMP'ARTS. As a Chinese, she not only took on the revival of the “OLYMP'ARTS” as her mission, but also the dissemination of Chinese culture and the integration of different cultures around the world. She said that Chinese culture emphasizes harmony and difference, integration and symbiosis, and that it is vital not only to continue to enhance the influence of Chinese culture, but also to actively draw on the best worldwide cultural achievements, as well as continue to make greater contributions to the progress of human civilization. 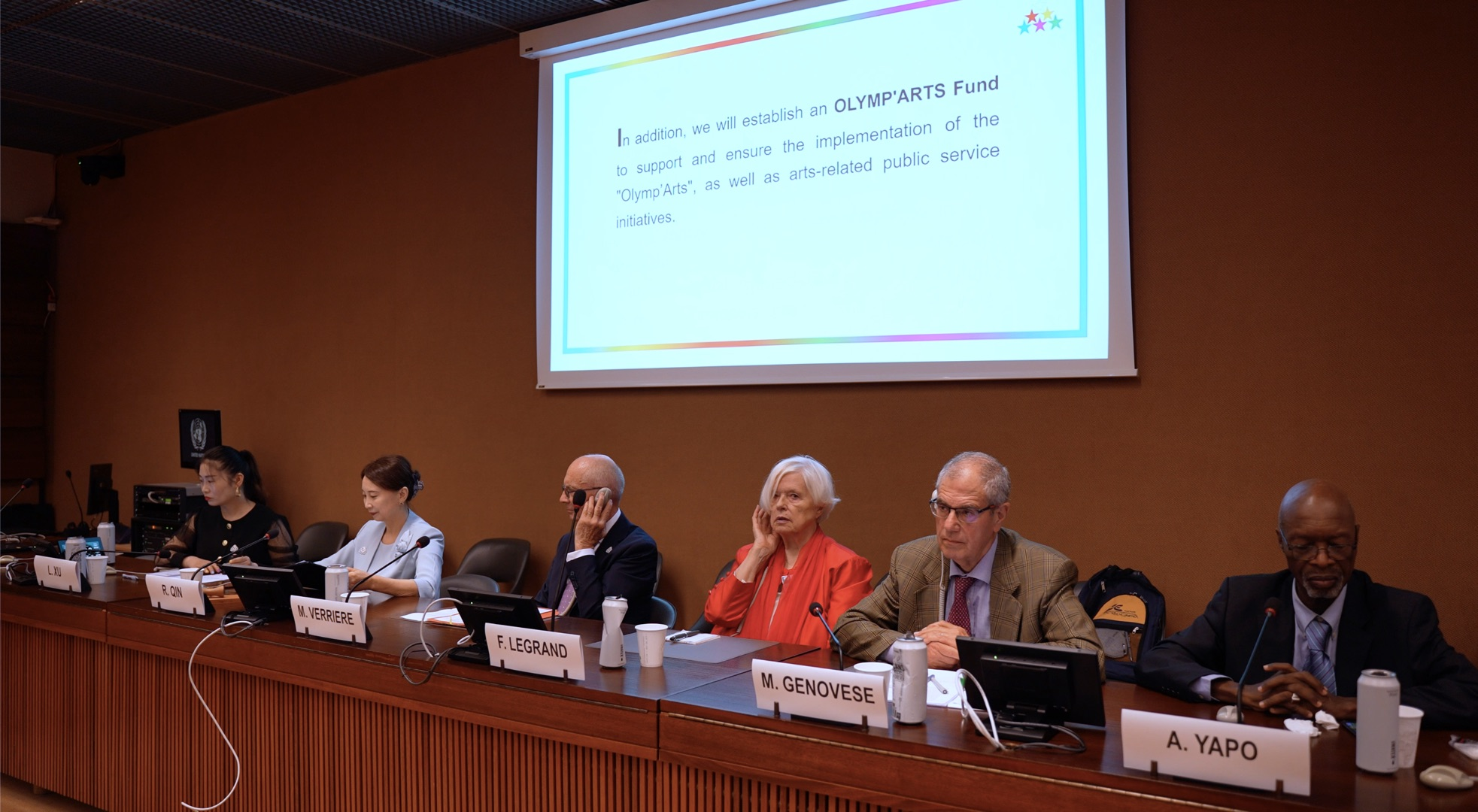 The journey of “OLYMP'ARTS” begins with the 1st International Contest of OLYMP'ARTS 2023, where each OLYMP'ARTS will designate a creative theme, guiding the artists to make the most of their inspiration and creativity and leading to energetic creations and dialogue. The theme of the 1st International Contest of OLYMP'ARTS 2023 is "Environment and Energy", it is hoped that artists from all over the world, whether they are concerned with the changes in the natural environment or the profound and complex relationship between human beings and nature, will be able to play a role through the power of art, in inspiring people to work together to protect and improve the global environment on which humanity depends. 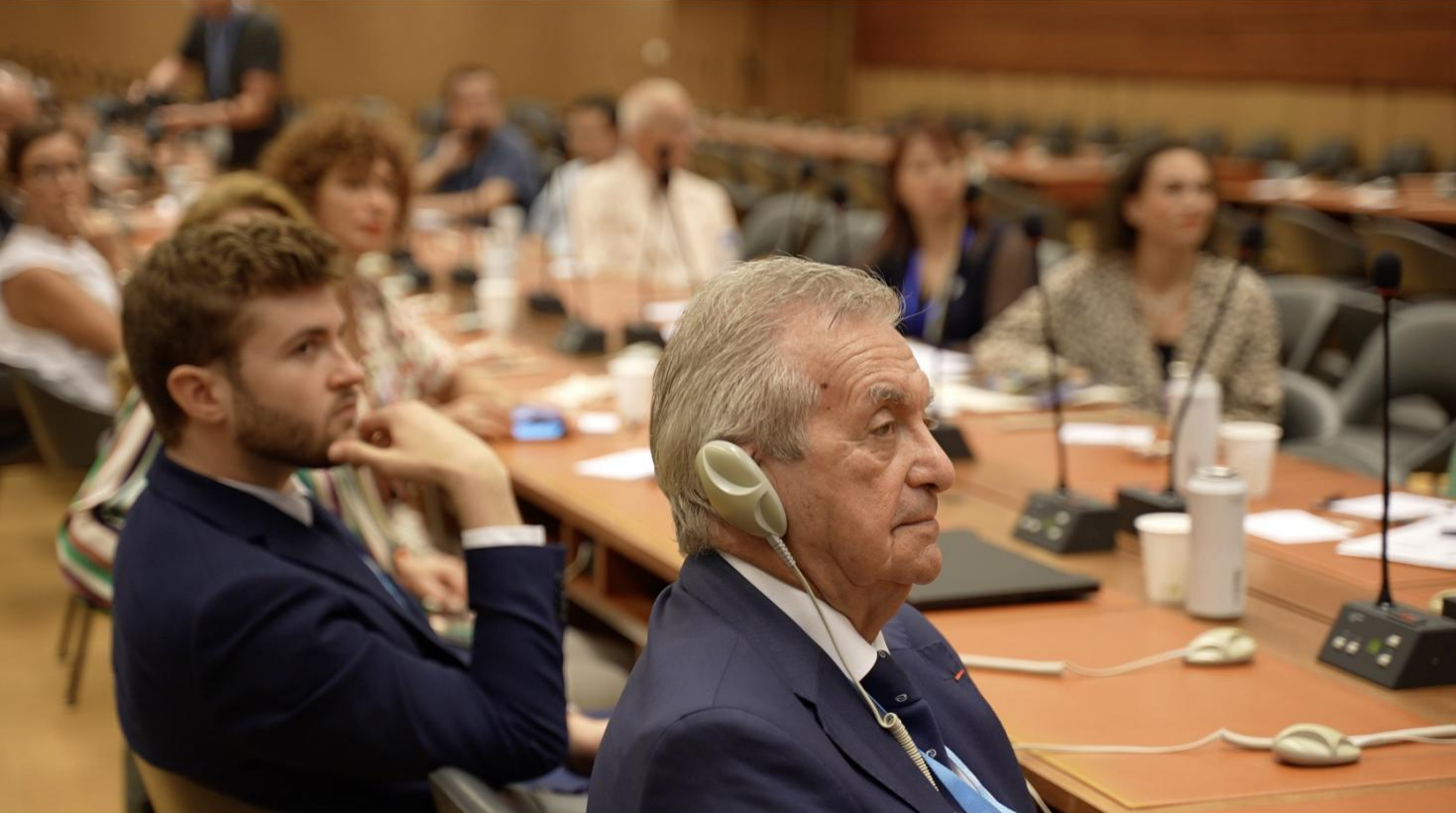 Media guests at the launch event

Following the launch event, the official website of the OLYMP'ARTS 2023 will be open for registration. The official website is a Metaverse digital art platform, that carries the global art ecology. The selection mechanism of the competition adopts the world's leading digital technology, blockchain technology and big data technology, using technological means to ensure the fairness of the event and to identify and empower artists' works. A unique selection criteria and process have also been set up, with global public comments collected through the official  website. The final round will be voted on and offline by the voting public registered on the website, the artists and all visitors to the on-site exhibition, based on the works on display. The top three with the highest number of votes in each art discipline will be awarded the OLYMP'ARTS Gold Trophy, the highest honour for OLYMP'ARTS. The final award ceremony will take place on the final day of the OLYMP'ARTS 2023 in Geneva, Switzerland, where the final winning artworks will be announced. 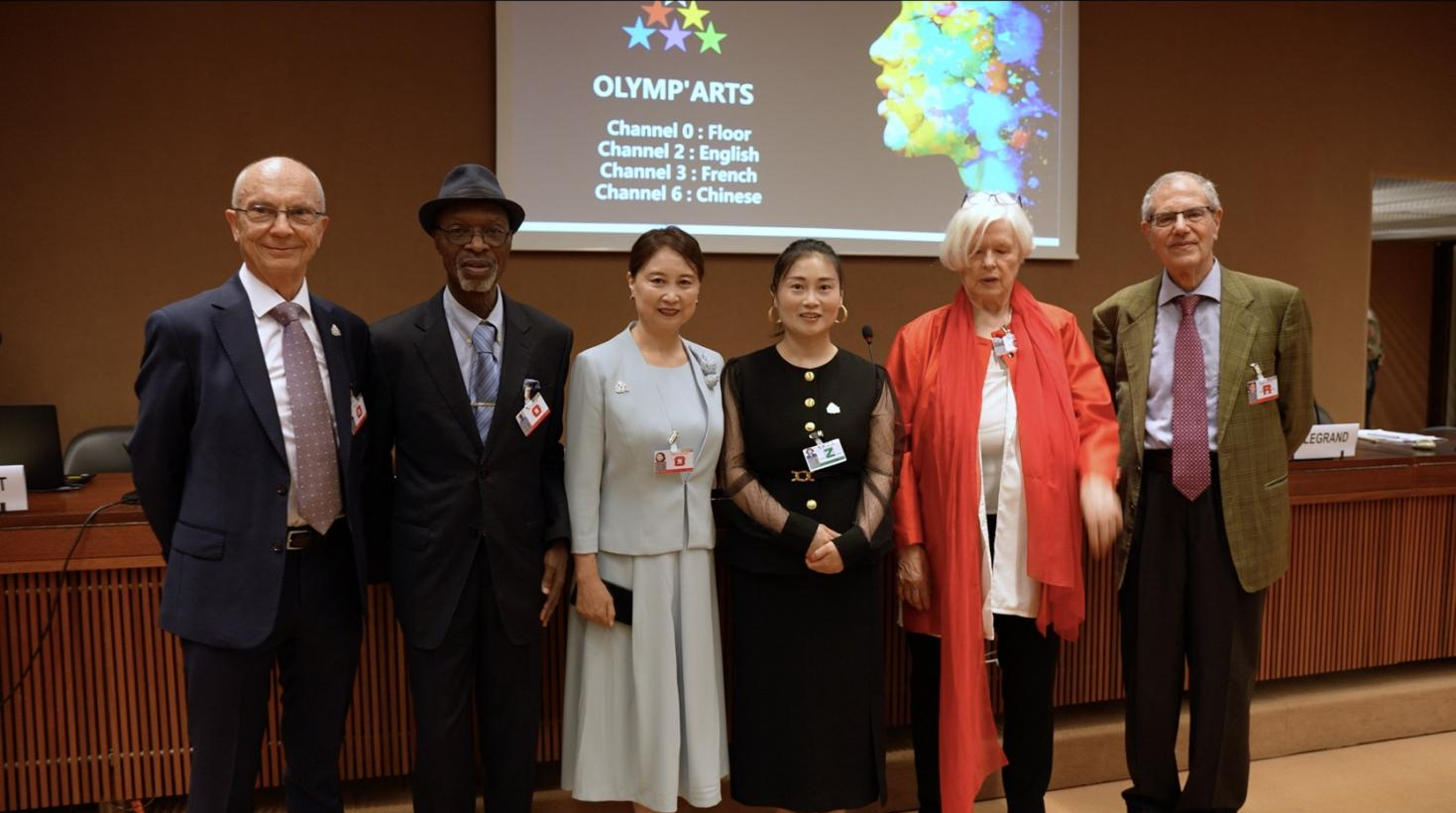 The 1st International Contest of OLYMP'ARTS gives us the opportunity to see artistic creators from all over the world, professional or amateur, of all ages or cultures, step into the spotlight and make their voices heard, reflecting the uniqueness and richness of the creativity of our time.

The IOAC would like to invite all arts organizations, artists and art lovers to continue to take an active part in the 1st International Contest of OLYMP'ARTS, to witness and promote the revival and development of the “OLYMP'ARTS”.